Being arrested sets a whole lot of things into motion. One of those things is appearing before a judge to get arraigned. At your arraignment, you plead guilty or innocent. Your lawyer also will fight for bail for you so that you don't have to stay in jail until your trial starts. The judge will decide whether or not you get bail and how much bail will be. They will listen to the prosecutor and your lawyer before they make their final decision, but the judge has the final say. If the judge sets bail, it may be higher than you can afford, meaning you need a bail bond. You need to talk to a bail bond agent to get the bond. You should ask them some questions before you decide which agent to use.

Most states have licensing requirements for bond agents. So, when trying to find the right agent for yourself, you should ask what the agent's licensing status is. They should have no problem telling you if they are licensed and producing proof if you ask for it. If the agent isn't licensed for your state, you likely don't want to work with them.

Some agents will only write bonds that are above a specific monetary amount. You need to find out if the agent you are interested in working with has their minimum amount and if your bond amount fits that minimum. You may run into that problem if you have a relatively low bail. You might do better working with a small agency if your bond is below the minimum for larger agents.

Just as some agencies will write bonds above a specific monetary amount, other agencies will only write bonds below a certain amount. That amount depends on the size and experience of the bail bond agency. A newer agent or one with a small company may not want to write for a large amount until they can build up the business or their reputation. Ask what that maximum is so that you don't get into the process and then find out that your bail is set too high.

If you have been arrested, the judge may decide you can have bail. If you do get bail, you need to work with a bail bond agent to get the money you need to get out of jail. 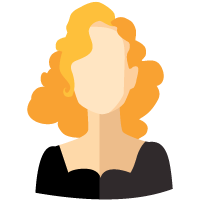